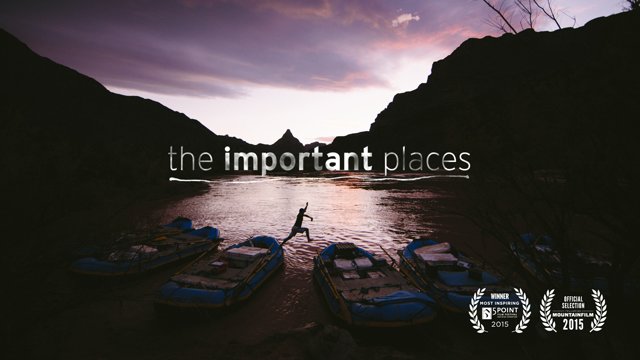 Posted at 14:04h in Documentary by Outdoor Aesthetics 2 Comments

Forest Woodward was 6 years old when his father Doug allowed him to run Nantahala Falls in a kayak. Twenty-one years later, Forest invited Doug to join him on a 28-day Grand Canyon raft trip which he accepted with no hesitation. After the trip, Forest knew he had a story. “I had the hope of creating a short film,” he says, “but the more realistic expectation was that at the least I would have a record of the trip to share with the family, and maybe with my kids somewhere down the line—much like dad shared his trip down the river in 1970 with us kids growing up.“

The Important Places, originally the name of a poem Doug wrote for Forest shortly after he was born, soon became the name for this film, as well as the central storyline of the film itself.

The film premiered at the 5Point Film Festival in April, where it won the Most Inspiring Award, and was an official selection at Mountain Film shortly after.